This year, the festival’s signature ELBE DOCK AWARD is awarded in the category of short film. The festival is also closely associated with the 16th Annual Pavel Koutecký Award, which is reserved, as always, for the best Czech first or second documentary film in both feature and short film category. 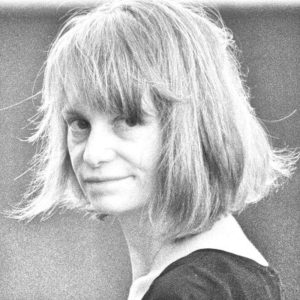 Malvína Balvínová is a festival programmer, lecturer in audio-visual education and film journalist focused mainly on animated film. She is a graduate of theatre and film studies at the Faculty of Arts, Charles University, Prague. Between 2010 and 2012, she worked as the programme coordinator of the International Animated Film Festival AniFest (Teplice), followed by a two-year stint at the Barrandov Film Studios. Since 2014, she has been a member of the Občanského sdružení pro animovaný film (OSPAF, Civic Association for Animated Film) and a programmer of the Anifilm International Festival (previously in Třeboň, currently in Liberec). She has also contributed to other film festivals and screenings, such as Karlovy Vary IFF, Febiofest, Summer Film School Uherské Hradiště, Fifeli (Litoměřice Film Festival), etc. She is also a widely published writer – her texts have appeared in Film a doba; Cinepur; Filmový přehled; Loutkář, etc. She is a co-founder of the internet video library Aniont. She is also a filmmaker in her own rights. Her amateur animated films Metamorfózy v pohybu (Metamorphoses in Movement, 2012) and Závislé vztahy (Dependent Relationships, 2014) won prizes in the Aerokraťas competition. She currently works on her soon-to-be-published original comics Cesta do města Kartorato (A Journey to the City of Kartorato). She lives in Litoměřice.. 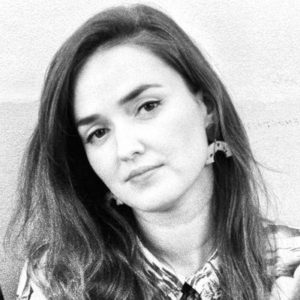 Julie Žáčková is a graduate of the Department of Production at FAMU and the Department of Critical and Cultural Theory at the Department of Anglophone Literatures and Cultures, Charles University, Prague. During her studies at FAMU, she produced, among others, the short film A Righteous Choice (2014, dir. Pavel Nosek), which won the Magnesia Award for Best Student Film at the Czech Lions. Since 2012, she has worked with Unit and Sofa, where she produced the feature film Occupation (dir. Michal Nohejl), which won the Czech Film Critics Awards for Best Film, Best Screenplay, Direction and Discovery of the Year and was nominated for 13 Czech Lion Awards, winning in three categories – Best Screenplay, Best Music and Best Supporting Actress. In 2017, she founded the Prague branch of the London-based Girls in Film platform, which introduces the work of promising young female filmmakers. Since 2019, she has represented Czech and Slovak cinematographers through her talent agency NOCHI. She is a member of the European Film Academy. 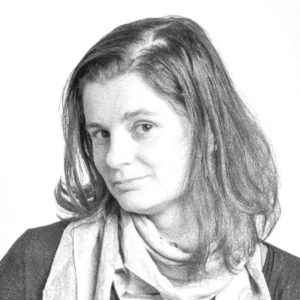 Anne Gaschütz grew up in Dresden, Germany and later studied film in the UK. Upon returning to Dresden she worked in film production at the Dresden-based production company filoufilm and later as a production manager on numerous short films. She joined the selection committee for the International Competition of FILMFEST DRESDEN in 2013 and became the festival's co-director in 2020. She is one of the initiators of the online platform Talking Shorts. She joined Locarno festival’s Pardi di Domani section in 2021. 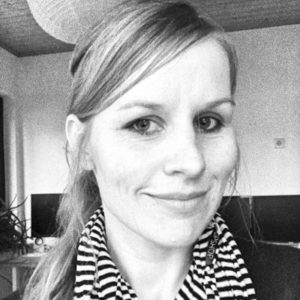 Steffi studied Japanese, media and book studies and spent many years abroad, e.g. in Dallas, Tokio and London, where she gained first-hand experience working in film production and festival management. Back home in Germany, she travelled the literary field as an editor and agent for the semmelblond script agency. That's where she discovered her love for the intricate, narrative detail. She loves the conception and writing of texts, stories and dramaturgies – an enthusiasm, Steffi now also introduces into her production work at the ravir film production company.

This year's winners of the Pavel Koutecký Award for Best Documentary Short and Best Feature Documentary will be chosen by representatives of the Czech-Ukrainian cultural scene. The jury will include painter Alexandra Bryksa, activist and Radio Ukraine presenter Marharyta Golobrodska, academic sculptor and painter Alexander Kozlov and visual artist Olga Krykun. 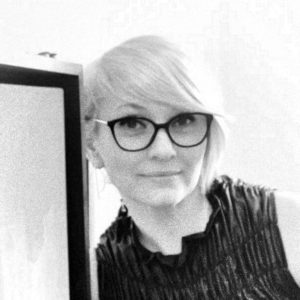 Painter, designer, illustrator, head of IWS Czech Republic (International Association of Watercolour for the Czech Republic) and founder of the non-profit organization Mezinárodní organizace akvarelistů pro Českou republiku. She was also the organizer and curator of the International Watercolour Festival in the Czech Republic, dedicated to the centenary of Czech-Ukrainian relations held in August 2018, which was attended by almost 500 artists from more than 60 countries. She has graduated from the Pedagogical College and later from the Department of Graphic Design, Polygraphic Faculty, Ukrainian Academy of Printing in Lviv. Since 1993, she has been living and working in Prague, inspired by the beauty of the city. She has received prestigious awards for her watercolour paintings at several international festivals. 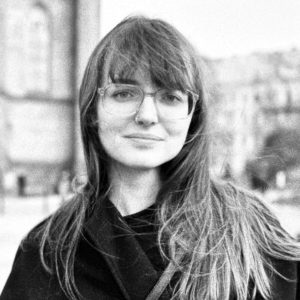 Ukrainian by origin, heart and soul. She came to the Czech Republic to study. She received her diploma at the Faculty of Humanities at Charles University. She likes travelling and dancing jazz. She dreams of travelling all around the world. She is fascinated by the diversity and richness of world cultures. She currently lives in Prague, where she works as a host for Radio Ukraine, writes for Ukrainians in the Czech Republic and works as a copywriter and project manager. Before the war broke out on 24 February 2022, she had a clear plan: to return to Ukraine in the summer. She still wants and plans to do so and believes it will happen. 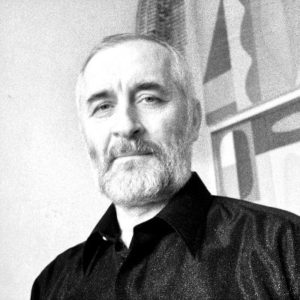 Academic sculptor, painter and restorer, who has been living in Prague since 1991. He comes from Pokrovka, Ukraine, where he was born into a musical family. He is a graduate of the V. Muchonova University of Arts and Crafts in St. Petersburg. While in his paintings, he returns to the legacy of the classical avant-garde, which influenced European art in the 1920s and 1930s with its unconventional vision, he is completely original in his artistic aspirations. In sculpture, he cannot work with abstract reduction as consistently as in painting. Most of his sculptures build their aesthetic effect on the contradictions of elementary volumes and shapes. His sculptures are monumental, devoid of unnecessary detail and unencumbered by descriptive naturalism. Outside the Czech Republic, Kozlov's work has been displayed at exhibitions in Germany, Switzerland, France and many other countries. He also holds a license from the Ministry of Culture of the Czech Republic to restore monuments protected by the state. He has restored works by Matthias Bernard Braun, Jan Michal Brokoff and others. 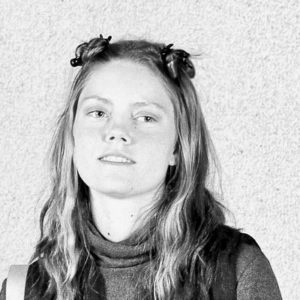 Olga Krykun received her bachelor's degree from the Academy of Arts, Architecture and Design in Prague (Studio of Supermedia) and pursued her master's degree in the Studio of Painting, which she received in 2021. Her thesis was nominated for the StartPoint Prize. During her studies she completed international internships at T.E.I. in Athens, The Department of Photography and Audiovisual Arts, Konstfack – University of Arts, Crafts and Design in Stockholm and National Taiwan University of Arts. Olga Krykun uses diverse types of media in her art work, including mainly video, objects and painting, which she subsequently assembles to create complex installations. By combining elements of fictional narratives with references to real cultural and socially relevant symbols, she invents a self-contradicting mythology of our day-and-age. Her practice is strongly rooted in intuition, emotion and personal experience, the elements of which are approached with a distinct visual style and specific aesthetic, making her works reminiscent of surreal visions or a kind of dreamlike trance, resulting in a highly suggestive viewer experience.