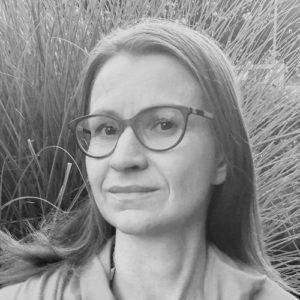 Hana Galiová is an organizer of cultural events and film screenings, especially in the Litoměřice open-air cinema. She also occasionally publishes texts about theatre, dance and new circus; she has been director and coordinator of the Litoměřice Film Festival, whose tradition goes back 21 years. 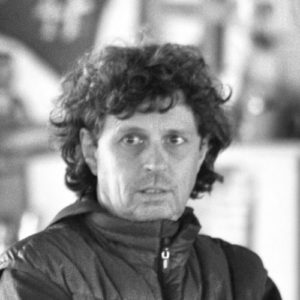 is a screenwriter and dramaturge. He is author or co-author of a number of live-action films, e.g. Vojtěch, Called Orphan (1990, dir. Z. Tyc), Mystery of the Conundrum (1993, dir. P. Kotek), The Path through a Desolate Forest (1997, dir. I. Vojnár) Shadow Country (2020, dir. B. Sláma), My Sunny Maad (2021, dir. M. Pavlátová). He has long worked with documentarist Miroslav Janek or director and visual artist Jan Balej. In addition to screenwriting, Ivan Arsenev has worked as a dramaturge on a number of feature films and documentaries, such as Dolls (Karin Babinská), Nomadland (Chloé Zhao), My Dog Killer (Mira Fornay). 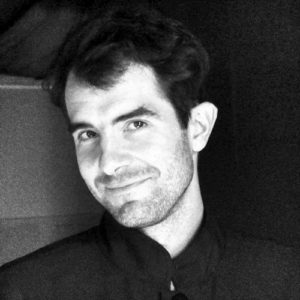 Lukáš Černoch is an actor, who hails from Wallachia. He graduating from the Vsetín Grammar School, he studied acting under Nika Brettschneiderová at the Janáček Academy of Performing Arts in Brno. In January 2015, he first appeared in Činoherní studio in Ústí nad Labem (production of Kopanec / The Kick), where he is still a member of the permanent acting ensemble. His greatest hobby is his work. It sounds as a cliché, but it is the truth. 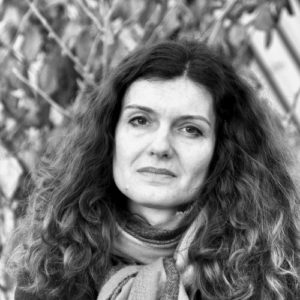 Veronika Bendová majored in screenwriting and dramaturgy at FAMU, Prague. As her literary debut, she published a novella Nonstop Eufrat (Fra, 2012) and her second book called A Depleted Land (Fra, 2019) was nominated for the Magnesia Litera Award. She works for The 20th Century Memorial Museum, where she helps prepare a festival of documentary films on the 20th century, The Unbreakable and Unsacrificed, and occasionally publishes short stories. 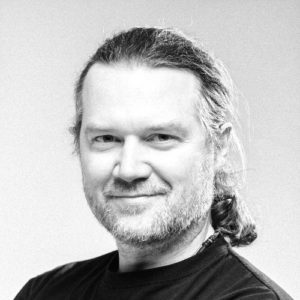 Aleš Loziak is a university teacher, cultural manager, photographer and artist. He works as a lecturer in the studio of Fine-Art Photography at the Department of Photography, Faculty of Art and Design, Jan Evangelista Purkyně University in Ústí nad Labem and since 2016, he has been the head of the cultural non-profit organization Hraničář Public Hall in the city of Ústí nad Labem, which connects contemporary art and culture with everyday life. In his artistic work, he prefers to work the medium of photography. He seeks new ways of photographic installations, while trying to preserve the contemplative character of classical easel painting. He has an ambivalent relationship to photography, the subject he majored in. He also explores moving image, however, he uses it as the medium of photography. 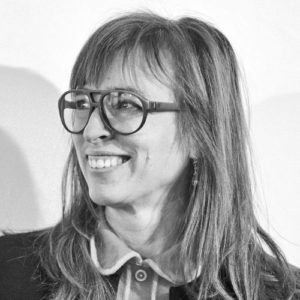 Maike Mia Höhne studied visual communication at the University of Fine Arts Hamburg, the Escuela de Bellas Artes in Havana as well as the Escuela Internacional de Cine y Televisión in San Antonio de los Baños, Cuba. After stays in Buenos Aires, Argentina, she completed her post-graduate studies at the University of Fine Arts Hamburg with a focus on film. She works as a curator and juror for several institutions and festivals worldwide and is involved in film funding on a regional and national level. From 2007 to 2019 she was head of Berlinale Shorts of the Berlin International Film Festival. Höhne is a professor for film at the University of Applied Sciences Europe in Hamburg. She also teaches Film theory and making at the University of Fine Arts in Hamburg. Since March 2019, she has been the artistic director of the Hamburg Short Film Festival. She is mother of two inspiring kids. Filmography: 3/4 (2014), Warum wir waren was wir waren (2011), Eine einfache Liebe (2005), Von der Hingabe (2002), Fin de siglo (1998), Petit Voyage (1996). 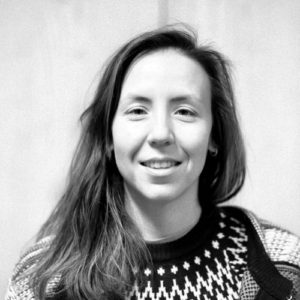 Marion Bouvier is the director of NUFF (Nordic Youth Film Festival), a film workshop and film festival that takes place yearly in Tromsø, and works for TIFF (Tromsø International Film Festival) as well. Marion is also a writer, editor, and curator who created the Open Out festival, a contemporary arts festival with a queer focus. Originally from France, she has found home in northern Norway. She is passionate about promoting the voices of youth and minorities in the film industry and in the arts. 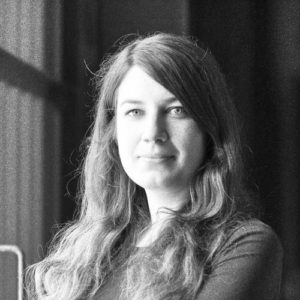 Luise Grudzinski was born in Ochtrup, Germany and lives since 2011 in Chemnitz, Germany. In the years 2016-2019 part of the project „neue unentd_eckte narrative“ and in 2018 director of the project „pop-up stories“ on behalf of the festival „Aufstand der Geschichten“ Since 2015 part of the Begehungen, a festival for contemporary art and culture in Chemnitz and since 2018 board of the association, as well as the curator and director of the festival.